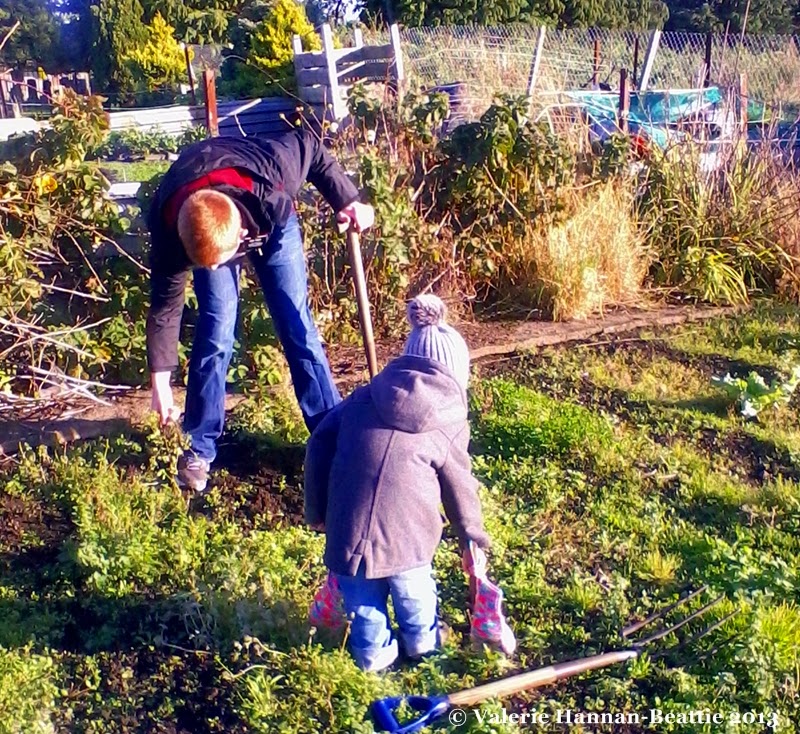 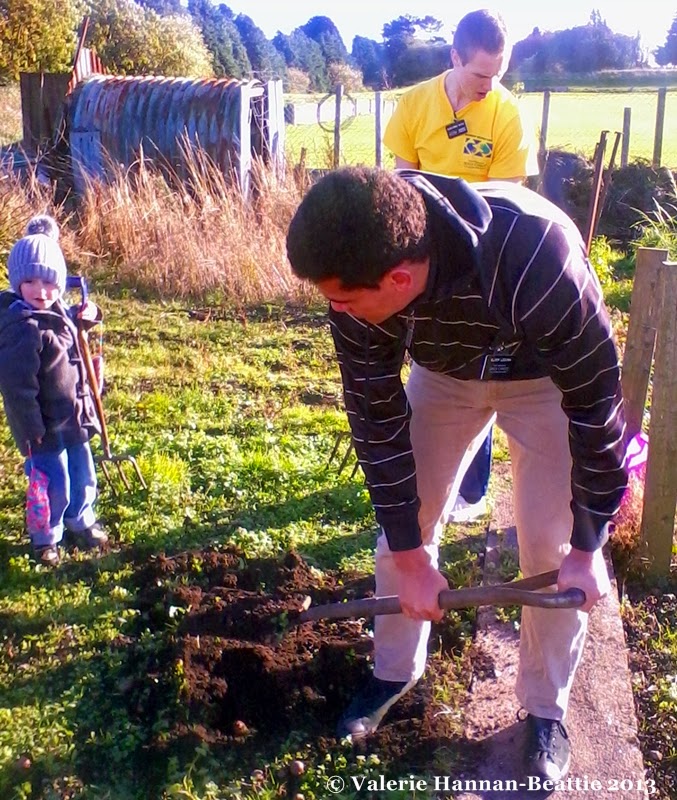 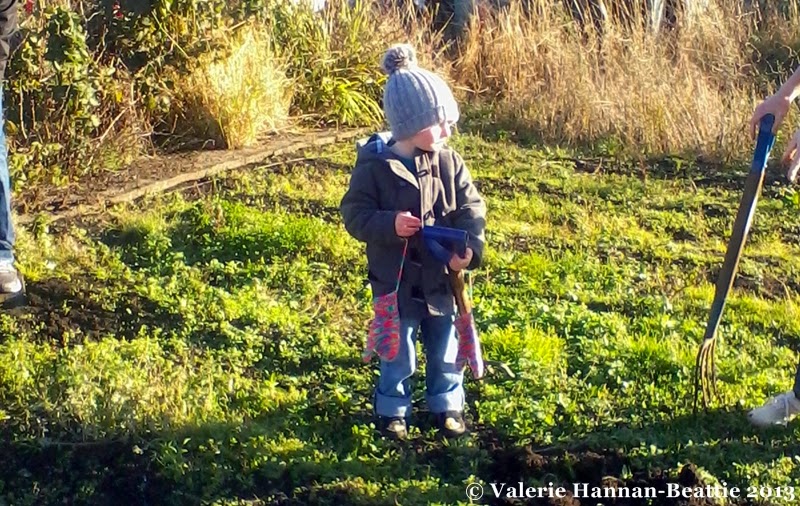 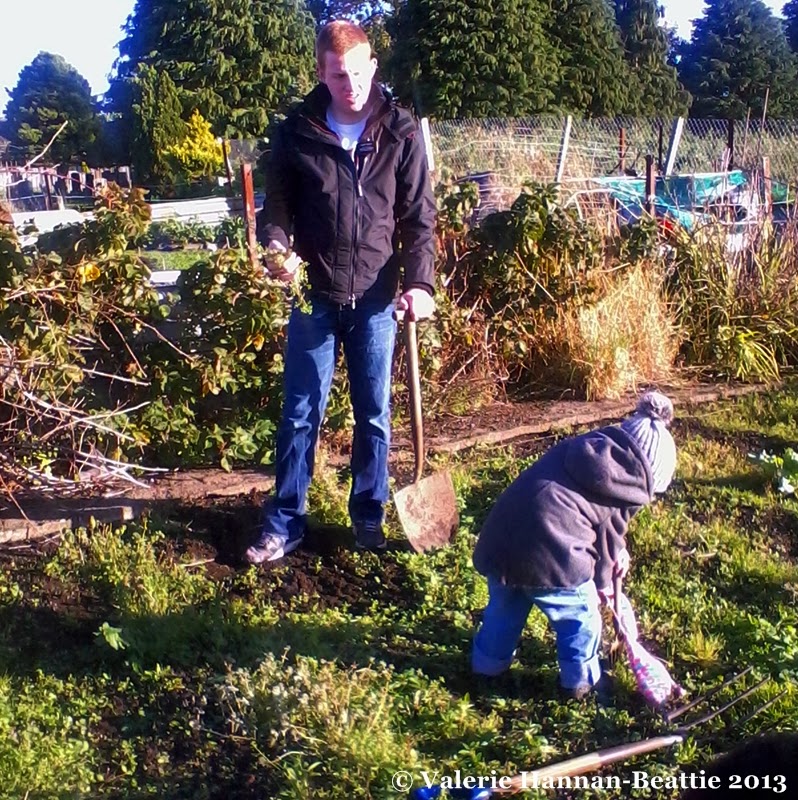 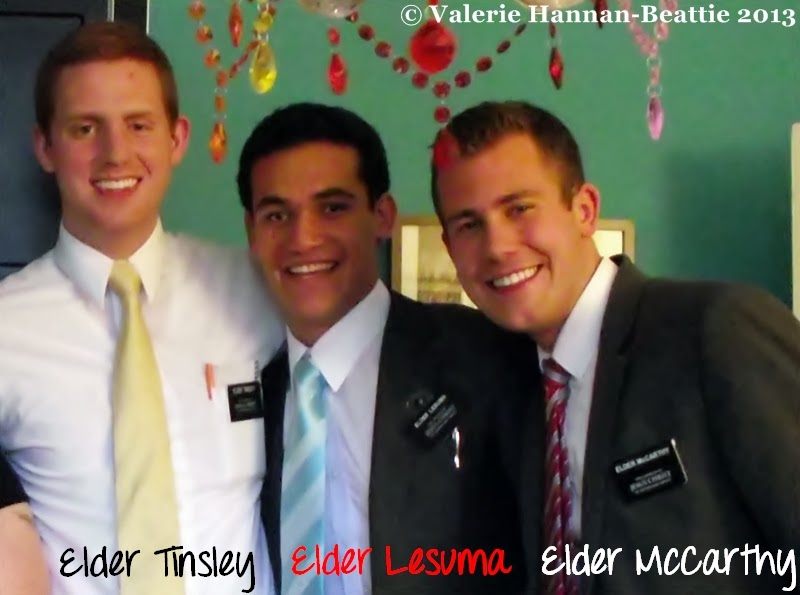 Email ThisBlogThis!Share to TwitterShare to FacebookShare to Pinterest
Labels: Allotment 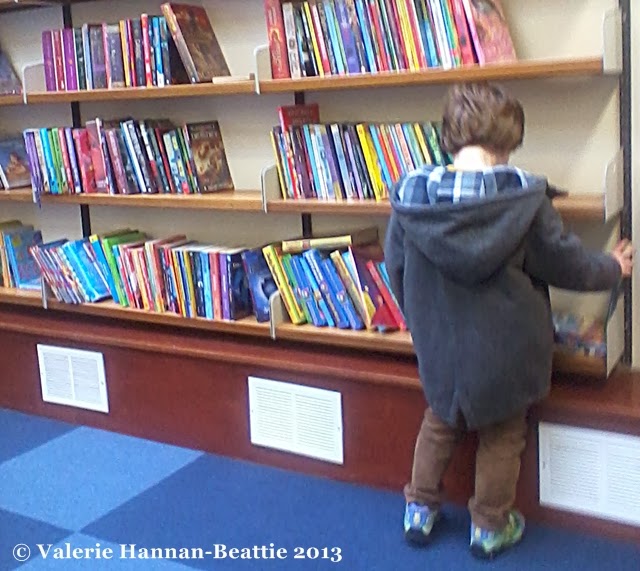 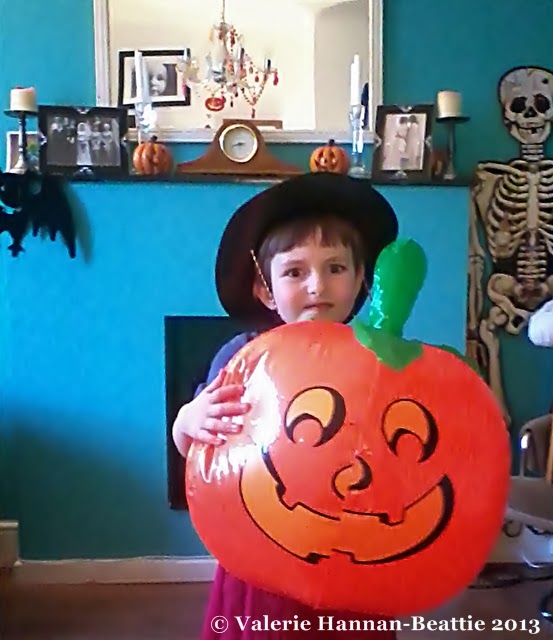 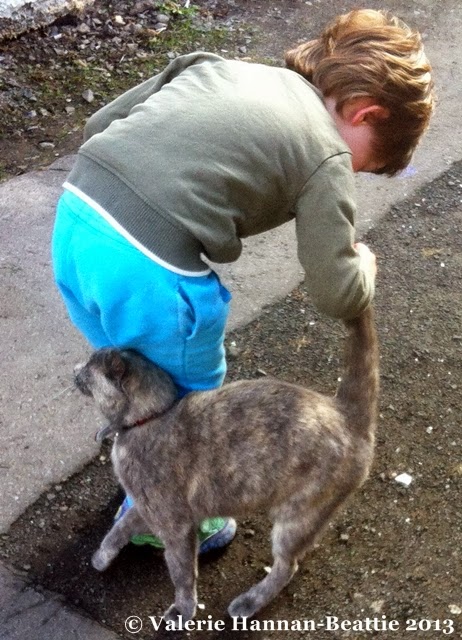 A New Friend
Linking up with amanda

I recently left a comment on another blog regarding my faith (the author had invited readers to do so), and it started me thinking about all the things people know or don't know about my Church and my beliefs. I have heard some pretty wacky and crazy things out there about us Mormons', and so I thought maybe I should try and answer some of them. I am just a normal Mum, with a normal family, there is nothing weird or happy clappy about us, but its true, I do love the Gospel.
You probably saw my baptism photo's if you have been following my posts for a while, but in case you missed them, here is a peek. 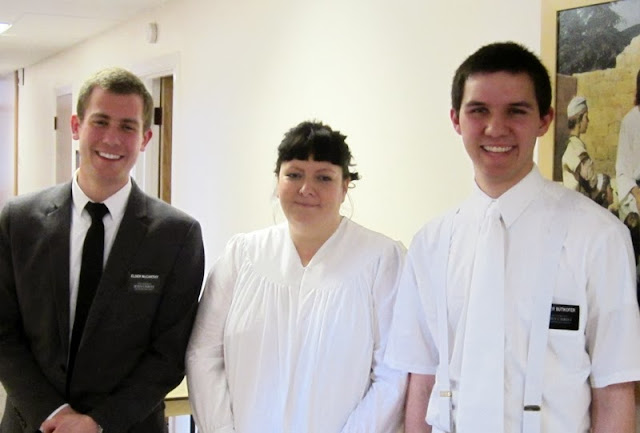 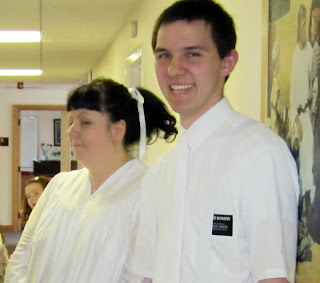 Elder Butikofer is dressed in white, because he baptised me
My baptism photos are pretty crummy, and I wish they were better, and I really wish I had a movie of my baptism, but I don't. I did however find this one on You Tube and since they are all done in exactly the same way, I thought you might like to see it.
The 2 men in the foreground are there to make sure everything is done correctly. Every part of you and your clothing has to be submerged (I heard of one lady who kept bringing her knee up out of the water on a reflex, and had to be dunked 6 times - ugg)
So, nothing too weird so far right? 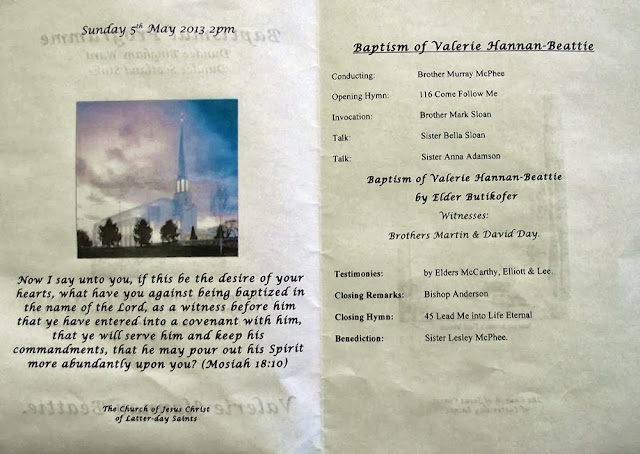 Ok, so on to the questions?
1.
WHY DO MORMONS HAVE MULTIPLE WIVES?
A:
We don't  We are not polygamous, that's another religion called the FLDS. They are a tiny little fraction that split off a century ago. We aren't them anymore than a baptist is a catholic. wrong group.
2.
ARE MORMONS CHRISTIANS?
A:
Our Church is called The Church Of Jesus Christ Of Latter Day Saints, the clue is in the name. The founder of The Church of Jesus Christ of Latter-day Saints, Joseph Smith, wrote, “The fundamental principles of our religion are … concerning Jesus Christ that He died was buried, and rose again the third day, and ascended into heaven; all other things which pertain to our religion are only appendages to it.”
3.
DOES THE MORMON CHURCH BELIEVE THAT WOMEN CAN ONLY GAIN ACCESS TO HEAVEN WITH SPECIAL PASSWORDS OR CODE WORDS?
A:
No, of course not
4.
DO MORMONS WEAR WEIRD SECRET OR MAGICAL UNDERWEAR?
A:
Like members of many religious faiths, Latter-day Saints wear religious clothing. But members of other faiths — typically those involved in permanent pastoral ministries or religious services — usually wear religious garments as outer ceremonial vestments or symbols of recognition. In The Church of Jesus Christ of Latter-day Saints, garments are worn beneath street clothing as a personal and private reminder of commitments to God.

Garments are considered sacred by Church members and are not regarded as a topic for casual conversation.

5.
CAN SOMEONE WHO CAN NEVER MARRY IN THIS LIFE HAVE ETERNAL MARRIAGE?

A:
God will not withhold blessings from any of his children who may not have the opportunity to marry in this life.

6.
DO MORMONS HAVE HORNS?

A:
I kid you not, some people do actually ask this. I have NO idea where it comes from, but I can state categorically that I have NEVER met a Mormon with horns.

7.
ARE MORMON MISSIONARIES SENT OUT TO DECEIVE PEOPLE?

8.
ARE MORMONS TOLD TO HAVE LOADS OF KIDS TO KEEP THE CHURCH GOING?

A:
There is no directive from the church about how many children a couple should have, they are just asked to get married, love each other and raise a loving family.

9.
WHY ARE WOMEN  2ND CLASS CITIZENS IN THE CHURCH AND HAVE NO AUTHORITY WHAT SO EVER?

A:
While it is true that the church's lay priesthood is restricted to males 12 and older, Mormon women lead the women's, young women's and children's organizations, teach scripture study and other classes, pray in services and preach from the pulpit.

10.
WHY DO MORMONS BAPTISE CORPSES?

A:
The LDS Church does not use dead bodies, but it does have living volunteers do  baptisms for their deceased ancestors.

This ritual, known as "baptism for the dead," is performed in much the same way as it is for the living, except proxy ordinances are done only in Mormon temples. A white-clothed candidate, standing in a font of water about waist-high, represents the dead person. He or she is then immersed after the adult male baptizer (also wearing white) says these words: "Having been commissioned of Jesus Christ, I baptize you for and in behalf of [name of the deceased] in the name of the Father, and of the Son, and of the Holy Ghost. Amen." These are the same words that are said for a living baptism, without the words "for and in behalf of."


A proxy baptism doesn't mean that person is automatically a Mormon in heaven. Latter-day Saints believe those who have passed on can choose to accept or reject the rite done in their names.

DO ALL MORMONS HAVE DAZZLING WHITE TEETH AND BIG SMILEY FACES? 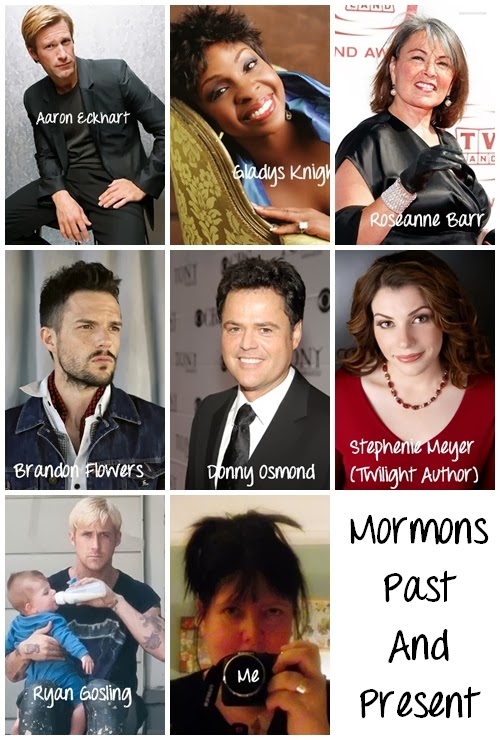 NO!
Haha
Please feel free to send my your own questions